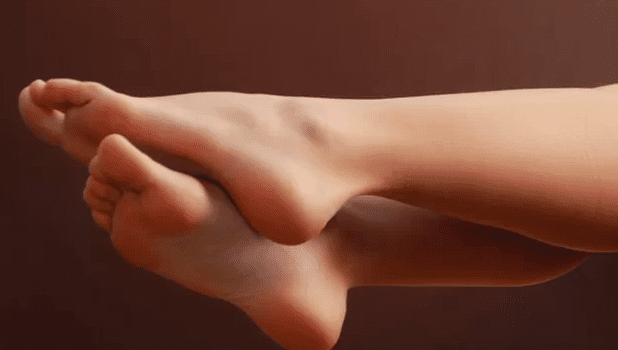 I remember the first time I encountered a foot fetish. I was dating him, and we’d just walked several miles. My feet hurt. They were in sneakers that just didn’t breathe, either. So, he decided to offer a massage. I took him up on it. Within minutes, I felt something wet on my big toe. I looked down, and realized he was sucking on it!

He apologized, and admitted to me that he was one of the many guys who like feet. From then on, I got plenty of foot massages—though I made him promise not to try to eat my feet again. This was far from the last time that I ended up meeting a foot fetishist. Foot fetishism is the most common fetish among men, and it’s been that way for ages.

For someone who isn’t into feet, this fetish can be really weird. Many women even find it to be outright gross. The most common question related to this kink is the most obvious: why do guys like feet? If you ask most men, they won’t know the answer, either.

If you’ve been wondering why guys like feet, trust me when I say you’re not alone. Anyone who’s been with a foot fetishist probably wonders the same thing. I know I did. When I dated guys into feet, I asked them what it was that turned them on. After all, feet aren’t a very sexual part of the body.

The most common answer I received was, “I don’t know. I just do.”

It’s not like they didn’t try to figure it out. Some said it was because they looked so tiny and delicate. Others just said it was the smell, though they didn’t fully understand why they were attracted to that, either.

Believe it or not, scientists haven’t figured it out, either.

Though there are a lot of studies on sexuality, not many studies have been able to uncover the causes of fetishes. There are definitely some people who gained fetishes from trauma or pleasant memories involving certain elements in their lives. Of course, this doesn’t explain all men who enjoy feet.

Generally speaking, sexuality is complex. This is doubly true with kinks and fetishism. So, it could be a myriad of different things that could spark an interest in feet, toes, or really, any other kink. In the end, scientists know about as much on the subject as an astrologer reading horoscopes.


A popular theory involves the area of the brain that deals with feet and its location.

Your brain controls most of your instincts, as well as how your body experiences sensations. It just so happens that the part of your brain that deals with your feet is located right next to your genitalia. Many neuroscientists are starting to believe that certain forms of foot fetishism could be due to wires that were crossed during your brain’s development.

Let’s think about evolution for a second. A single STD used to be a death sentence for people who wanted to get it on. For centuries, diseases like syphilis and chlamydia killed people every day. It was only recently that we created antibiotics for people.

Being able to derive pleasure without exposing yourself to these diseases was, and still is, a very protective trait. After all, you wouldn’t need to risk an STD if you could just get off to a person’s non-sexual organs. This would let you live another day.

Additionally, scientists also believe that desiring well-kept, healthy feet could be an evolutionary way to encourage being with a healthy partner. We are wired to want healthy partners. Healthy people have healthy body parts, including feet.

Of course, some guys like feet because they play a role in another fetish.

Symbolism can play a massive role in arousal, even if you aren’t sure why you’re turned on by it.

Regardless, you shouldn’t freak out.

A lot of guys like feet for one reason or another. Foot fetishism is far from rare, and chances are that you know at least one person who’s into it. Most of the time, it’s a harmless fetish that can add a little fun to the bedroom. So, if you’re dating someone who’s into feet, don’t dump them. Talk to them about it. And if you like feet? Well, know that you’re not alone.

How to Make Your Workplace a Healthy Environment

Prep Your Brick And Mortar Business For Springtime How Important Is It To Apply Body Lotion Daily During Summers?

Are you worried about your baby’s skincare in the scorching heat during summers? Do ... Sustainability and business should go hand in hand. However, many companies are still unsure ...