Vaguebooking is posting an intentionally vague status on a social media site (usually Facebook). This intentional vagueness is meant to prompt people to ask questions for more details.

For Example: If someone updates their Facebook status to say, “Why did I do that?”, people will likely comment and ask something like “Well, what did you do?”-

“They might as well include an obscure reference or quote.” – Attention Seeker

And then there is the DOUBLE VAGUEBOOK…

A vague response to a friend’s “vaguebooked” status update that requires a third party to understand the original vaguebooked status in order to interpret, comprehend, and/or appreciate the response.

This ongoing thread has resulted in the ultimate in retaliation-

And so, some of the most awesome Passive Aggressive Memes were born… 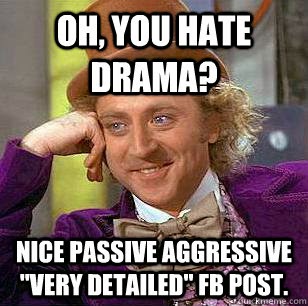 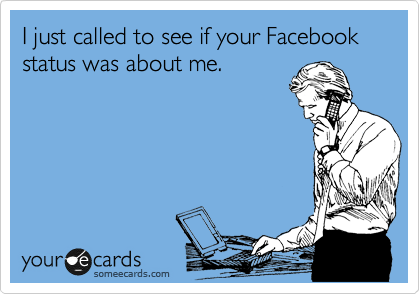 Before I begin this review, I want to make something clear. I am well-aware ... Top 7 Ridiculous Diet Fads That Should Have Never Happened

Over the years people have tried some crazy and downright stupid things in the ...