Love isn’t math, but there is stuff the experts can teach us

There are plenty of websites and apps that cater to dating for busy professionals, but they’re not the problem – we are. Apps and sites are like the old matchmakers of yore – acting as intermediaries. And these intermediaries are increasing exponentially. Yes, indeed, there are untold numbers of people looking for someone online. But the actual number of folks who find “true love” through apps and sites is staggeringly tiny. Sorry to burst your fantasy bubble.

One statistic from a 2013 study revealed that nearly half the messages on dating apps go unanswered (what a bummer) and only a sad 1.4 percent of online messages – either via a dating website or app – led to the pair actually speaking to each other on the phone.

Most of us are pretty darn awful at dating in general and adding the intermediary of apps and sites doesn’t help. We need some help – and as luck would have it, we have science…specifically, the science of human psychology. So, after scouring studies and research, here are five ways to improve your chances of enjoying online dating – according to the science of psychology.

Yeah, yeah, yeah, we know. “Be honest” sounds like something you’d read in some Chicken Soup for the Soul book, but the premise is solid. Shakespeare got the general gist of it, “Yea, I sayeth to thee! Be ye to thine own self true, and thou can nay be false to any man – or woman.” –Or something like that.

The first person you need to be honest with is yourself. Why are you trying online dating? Is it a mere distraction…a search for a hookup…or are you actually hoping to find your “significant other”? After you’ve been true to thyself, you’ll be shocked at what happens – stop deceiving yourself and you’ll stop deceiving others.

Sure, we all worry that revealing our true intentions will be a limiting factor, but actually, it removes limits by freeing you to be who you are, to like what you like and to get what you want. Nothing is sexier than a person who knows what they want, right?

Method Two: Just Go Ahead and Meet, for Crying Out Loud!

All that flirty texting might seem like the way to go, but like your Facebook feed, those represent a “curated” self.  Interest generally wanes, research shows, after about three weeks of online chatting. It makes sense. You’ve exhausted all your witty repartee and start getting boring. So, don’t let it drag on too long. Get going and set a date for the all-important “primary real-life meeting.”

Protracted texting periods lead to massive build-ups of unrealistic fiction that we write in our heads. The thing is: humans evolved to become attracted to other humans via face-to-face, eye-to-eye contact. Zoom, Skype or name-the-app just isn’t the same. In a real-life meet, pick up on micro cues that we aren’t even conscious of and sometimes – within as little as seconds – you know the person isn’t for you. Or you’re your lucky, they’re the one. One expert made an interesting observation by saying that people might call it online dating, but in reality, it’s online meeting. If you want to date, you gotta meet.

Method Three: You Be You! 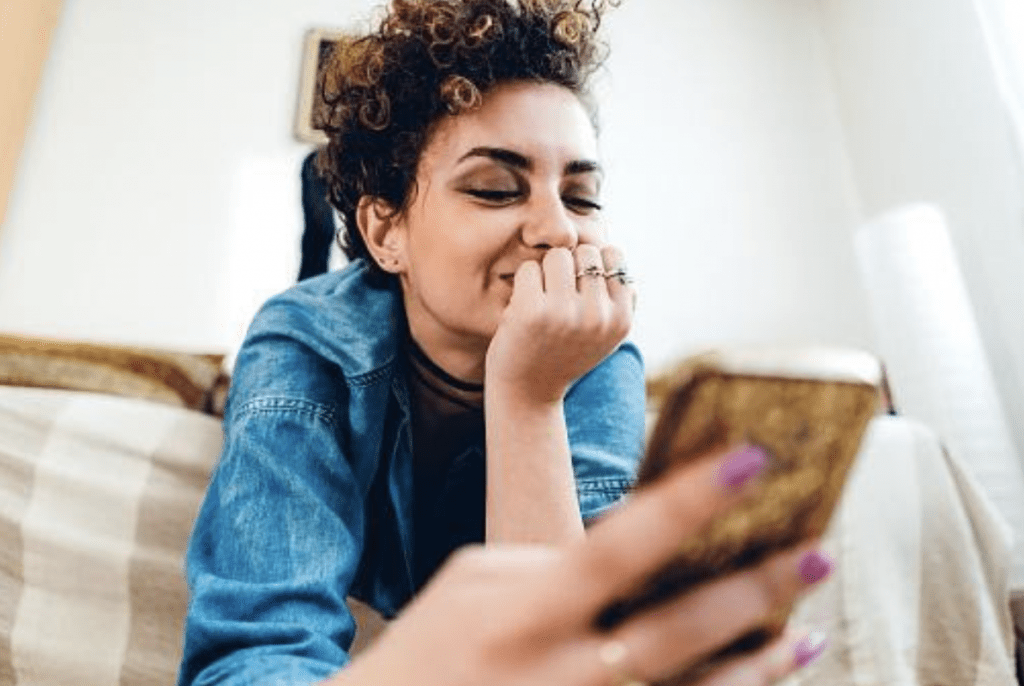 The best light, best foot forward, whatever; it’s human nature to want to show a shiny first impression. But this tendency actually leads to sabotaging your chances of being successful in online dating. People aren’t looking for phonies and no one is looking for someone who’s like everyone else. The whole point is to find someone special! Your assumption about what a partner might not want or like is only that – an assumption, so quit all the faking.

Like social media in general, dating apps are supposed to keep you hooked. That’s their business model. The longer you keep clicking, the more ad revenue they make. The endless stream of profiles seems like heaven, but too many choices is a kind of hell. Limit the time you spend online or on dating apps and ration the number of individuals you’re in communication with at any given time. The grass is not always greener on the other side…as they say, sometimes it’s AstroTurf.

Finally, method five: Be Open to Being Surprised.

If you keep coming up empty while fishing on one side of the boat, cast thy net on the other side! Not getting enough good matches, why not relax a bit? Maybe someone doesn’t fit your “criteria” – but why not try to initiate a friendly, human, warm dialogue…and who knows? We all know couples who – from our vantage point – don’t seem like they should be together…but there they are, madly in love. Try letting go and see what happens.

How to Set Product Prices as an Amazon Seller A bathtub pillow offers comfort while sitting or lying in the tub. There are ... How to Rekindle Your Love Life This Year

Falling in love is somewhat similar to having a new toy with plenty of ... Why You Should Consider an Ultralight Spinning Rod for Fishing

Fishing may feel like it’s all about the ultimate catch. The patience, the waiting ...