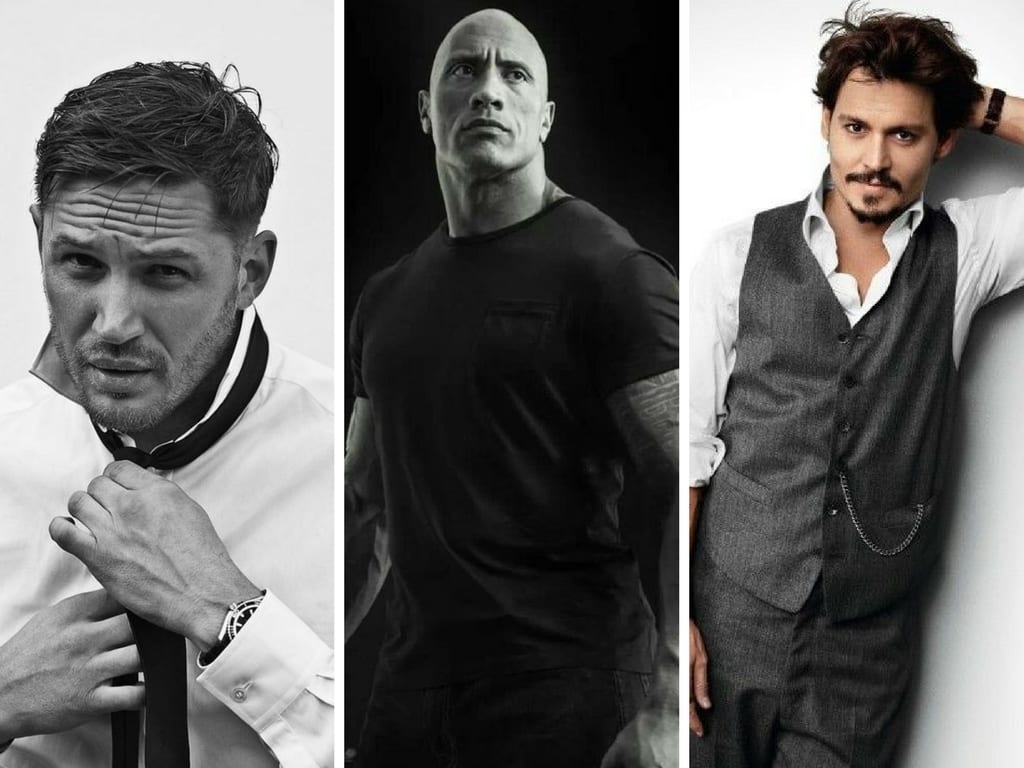 First of all, let’s make this one thing clear – as cool as this post may be (and hopefully, you’ll agree), it cannot turn you into another Hugh Jackman. Insert jealous sigh here. However, what we can do is pool all our wits, strengths, and problem-solving skills together and finally figure out what makes these studs so damn delicious to the rest of the humankind, because, let’s face it, we all swoon for Tom Hardy.

Without further ado, let’s get down to business, take a look at a few inspiring alpha male role models and see what we, mere mortals, can do to exude that same suaveness and brawn.

The complete package by Tom Hardy The tatts, the puppy love, the raw strength, the giving back, the suiting up like a pro, the husky voice – have you stopped bowing, yet, my fellow men? It’s no wonder he has been crowned the sexiest man alive in 2018, and the evidence just keeps piling up. The answer to what women truly want can be summed up in those two simple words: Tom Hardy.

Why? Because if there ever was such a thing as imperfect perfection, that would be him. He works hard for his physique, he freely expresses his love for animals, he works for PETA, and he does his best to help young people coping with addiction, depression, and anxiety as a Prince’s Trust ambassador. He knows how to rock a mean suit, but still stay true to his street roots and a pair of saggy jeans.

Rugged and stylish by Hugh Jackman This mighty Aussie knows how to blend romantic with powerful, and his impeccable dress code is something most men should aspire to achieve. From the way he makes casual look manly, to his signature Ray-Ban shades, mimicking his look would be futile, but the least you can do is find quality sunglasses which will give you that Aussie smolder.

The man can sing, dance, and he makes monogamy look sexy, so follow in his footsteps and show some love, people. If he can make pancakes for breakfast and serenade his wife to whom he has been married for over two decades, then you sure as hell can, too. Be kind and generous with your head held high, men. With your head held high! Busting the dad-bod myth since he first stepped out into the public light, this man has such genuine charisma that it’s only matched by his frame. While his many wrestling and movie roles made him famous, his roles as a father, a role model, a partner, and a cool human being have put him on a pedestal of modern manhood.

Gentlemen of the world, if you want to be anything like Mr. Rock, be protective, respectful, funny, and honest in all of your roles in life. And brush your teeth, for goodness’ sake, that smile will not make itself! Strength is a huge plus, of course, and the world wouldn’t mind having a few more muscular men that are pure of heart. Hence that training program of yours, waiting to be crushed.

Quirky and kind by Johnny Depp The man once went to a children’s hospital dressed as Captain Jack Sparrow to make kids laugh and feel a little bit better. He did a similar stunt in a British elementary school to help a girl arrange a mutiny. He’s not afraid for the world to know he collects Barbie dolls, for the purpose of playing with his kids back in the day. If there’s one thing this funny, authentic man has to teach the rest of us, that’s to stay true to your weird self, especially if you’re doing so while being generous to the rest of the world.

He is an acquired taste, but in today’s world of templated styles, behaviors, and expectations, we could use some genuine character. So many men recognize themselves as the “strange outcasts” who never seem to find their place in any society. Embrace your differences, there’s always a few people around who will love you precisely for your outrageous hairdo and your creepy mustache. Just keep it real, you only live once as far as we know for now.

Smart is sexy by Colin Firth The personification of good manners, this brainy sir is known for many a romantic movie, but not so much for his co-author role on an academic paper dealing with (drumroll, please) the human brain. Always seen in his signature suits, he is the perfect example of how a well-chosen garment can transform a man – so find your tailor and tell him you need an ensemble worthy of Mr. Firth himself. Or check out the famous British store in London which has stylish suits like these.

He is one of those men who age like fine wine, with dignity and grace, and even though he loves his privacy and rarely does interviews, they are as candid as they can get. Nothing about him looks or feels staged or fake, which makes us envy him for feeling so comfortable in his own skin. It boils down to continuous evolution and personal growth. Make room in your life to keep learning, and do it the way Colin Firth would do – with unparalleled class. I had the absolute pleasure of interviewing multi-award winning editor, and the Founder of ... TMZ has reported that there has been a declared death at Prince’s estate in Chanhassen, Minnesota, ... Whether it be the Bad Girls Club, Mob Wives, The Real Housewives of Whatever ...