Modafinil is also referred to by its brand name, Provigil. It has been approved by the Food and Drug Administration or FDA to work as a central nervous system stimulant in only three diagnosed situations:

In order to receive the medication legally, there needs to be a prescription issued by a healthcare provider. However, the drug is widely misused as a ‘smart drug’ by people without an ordering doctor’s prescription.

Many people employ psychostimulants or cognitive enhancing drugs sans a doctor’s order in an effort to battle fatigue, assist with difficulties in intellect and focus, and enhance productivity. Research on Modafinil does show its cognitive properties but its not the main purpose for the pill.

Because stressors dominate in today’s world and daily life can become incredibly chaotic, especially for students attending school full time and often working long hours, these tend to make up the majority of those using the drug. Coming in close behind is the medical profession and those in the corporate world trying to keep up the pace and stay relevant in their positions.

The Fundamentals Of Modafinil

Modafinil is technically a ‘wakefulness-promoting agent.’ When it is used for its intended purpose, it treats excessive fatigue and sleepiness with conditions including obstructive sleep apnea, narcolepsy, and disorders due to shift work. In its other life, it is used to enhance cognitive function in an effort to improve memory, concentration, and overall functioning.

Researchers believe that it operates by impacting multiple neurotransmitters like glutamate and serotonin along with the histamine systems within the brain. These all play a significant role in the regulation of learning, mood, and memory processes. One significant presumption is the potential direct impact on the catecholamine’s concentration, including dopamine and adrenaline. It appears to alter these in such a way the suggestion is there is an overall improvement in the executive functioning capacity. Read the impact the substance may have on those with addictive personalities.

How Do You Take Modafinil

Taking the stimulant is based on your work pattern. It is a table that you take orally only once per day. People who have a daytime work schedule will take the drug in the morning before leaving for the day. It can be taken either on a full or empty stomach, depending on how it reacts for you.

For those who work shift work, you need to take the substance before starting your work period to keep you awake and alert for the duration.

Modafinil boasts as providing less habit-forming qualities than other drugs in its classification, including amphetamines, but that doesn’t mean that there isn’t a chance for abuse or the potential for dependence.  For more details on the substance go to https://www.alzdiscovery.org/cognitive-vitality/ratings/modafinil  .

The claim is there is a possibility of severe side effects. A disclaimer warns that the product should not be added to your health regimen unless you’re under the care of a physician, and the doctor has ordered it.

One crucial piece of advice people should comprehend, when a doctor prescribes any medication for you, but particularly a controlled substance such as Modafinil, it is specific for you. Drugs should not be shared with other patients for whom you are not aware of their medical history. It’s very dangerous and could result in a dire situation for that person.

The substance does have common side effects reported by users. It doesn’t mean that you will necessarily experience any or all of them, but you may develop some of them. Any severe reactions should be reported to your doctor right away. Common adverse effects include:

Among some of the more severe reactions to be mindful of include:

The suggestion is that some people tend to take too much of the drug resulting in overdose and causing some of the more severe symptoms such as chest pain, restlessness, insomnia, and confusion. You should be seen by a medical provider immediately in this case.

Your physician must know if you are planning to use this substance to check for potential interactions with current medications or any interference with existing medical conditions. A doctor is better versed than you will be as to whether this drug will be a safe product for you to employ in your daily routine. You should never add anything new without your physician’s direct knowledge.

There is something to be said for getting a good night’s sleep. You don’t want to abuse your body to the point of exhaustion.

The recommendation is that each person should enjoy a good eight hours every night. If you’re abusing the drug in an effort to work longer, study harder, produce more, this will lead to health issues, not from the drug necessarily, but because a body can’t function adequately without appropriate rest.

If you have a sleep disorder and need help, contact your doctor to get a prescription, especially with narcolepsy, shift work issues, and sleep apnea disorders. These are authentic and challenging conditions. Research claims indicate there may be more ailments for which Modafinil could potentially provide benefit. Click here to read about the drug and multiple sclerosis.

Maybe more prescriptions will be written down the road when studies become conclusive. We’ll have to stay tuned to see what the future may hold.

How to Make More Profit with your Small Business How To Tell If Your Eyes Need Help

It’s important to listen to your body so you can maintain good health. Most ... 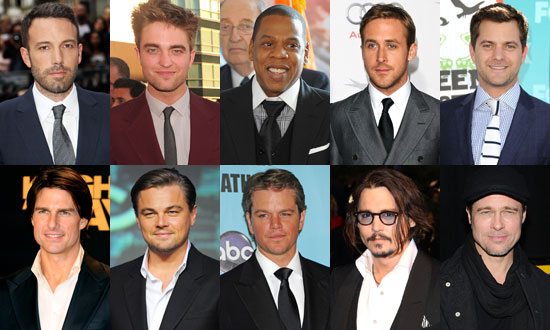 Best and Worst Cities for Recreation in 2017

Staying active and being healthy provides a happy life but also helps you save ...