A Hollywood star and entrepreneur, Xavier Dean has an admirable success story of how he came to be a star actor. He grew up in hardship but has brushed off the situation to win himself titles and recognition in the global entertainment arena. He is an individual who has surpassed difficulties to become successful in businesses and be a Hollywood star.

Xavier is a successful entrepreneur who has made the transition to film and television. Incredibly his business produced over $300 million in sales. Having a business mindset, Xavier has taken his knowledge of the industry, personal branding, and relationship-building to the world of Hollywood. His approach, training, and mindset have helped him land multiple feature films within the first year of the business.

He has secured numerous leads and supporting roles in award-winning features and short films at the Montreal, New York, and Toronto film festivals.

We got the chance to sit down with Xavier Dean to dissect the three major keys he followed to get him to where he is today, here is what we learned.

Xavier developed the attitude of self-love and an internal cheerleader. Most people want you to fail secretly, including your closest friends, and you should thus be your greatest supporter. No one should ever clap louder or cheer you on more than yourself. Self-sabotage will only limit your reach. Xavier developed a mindset to use criticisms as ‘opinion’ only measuring stick, and not as the end all be all answer.

Another approach he garnered is trusting in his gut. According to Xavier, everyone will have an opinion of what you need to do and how you need to do it. Listening to what everyone was telling him left him with no clear direction in business and in acting. It was then that Xavier decided he would trust his gut and follow his dreams. That is when he started to land roles and opportunities.

Initially, people led Xavier down paths they thought were right for him, but deep down, it was not something he wanted. He decided to do it his way. He adopted the right mindset and decided to follow his passion and gut feeling. Pursuing his dreams has to be the best decision he has done to this day.

Facing adversity, such as being homeless, Xavier Dean had to work hard on his dreams to make a name for himself. This happened after lots of time was spent and after many failed attempted. Xavier has managed to overcome every obstacle life has thrown at him. He’s overcome adversity and managed to grow every successful real estate business in California. This also has allowed him to take serious lessons that he learned in business and has applied them to his acting career.

Through the above traits, Xavier Dean has become an icon in the acting world, inspiring many with his can-do attitude and his admirable mindset. He is someone that you will be hearing about, a lot more as he just started booming in the acting industry. Remember the name Xavier Dean or you can just follow him on: 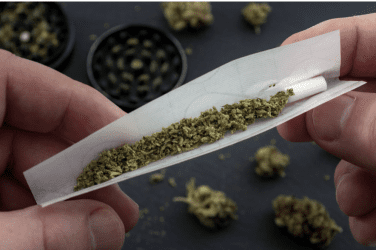 Roll It Up! 9 Awesome Benefits of Pre Rolled Joints

Over half of the U.S population have tried cannabis at least once in their ... Knee pain is no joke. It’s something a large percentage of the population experiences ... As part of our on ongoing poetry contributor series, Valid has been of our ...